Outside The Box Software - Company

Outside The Box Software

Outside The Box Software has been developing Indie games since 2004. Over the years we've developed desktop games, browser-based web games, MMOs, and now most recently mobile games. As the indie game landscape has changed soveral times over the last 15 years, we've tried to navigate the unpredictable waters. It hasn't always been easy and we've seen many other indie developers come and go in that time. But we're proud to say, we're still standing, still developing games that are unique and/or experimental. 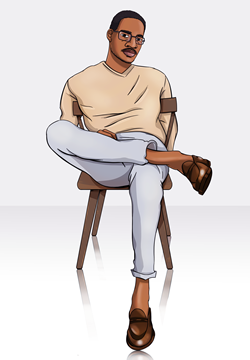 I'm the Lead Developer and Founder of Outside the Box Software. I founded Outside The Box Software in 2004. I've been the programmer and game designer for all our games to date. I got my start in the game industry working on PlayStation 2 games for Sony at the start of the millennium but ultimately I wanted to have more creative freedom and work on smaller projects that allowed for more experimentation and expression.


Game design and game development overall is a craft that one must constantly hone and improve over time. Sure, there is the rare wonder-kid or prodigy that just "get" game design out of the womb. There are also a few individuals that are fortunate to catch lightening in the bottle. But for most game developers, particularly indies, if you want to have longevity then it's a constant process of learning, growing, making mistakes and improvising.


But when I look at the websites of many indie developers that have been around for awhile, they tend to hide some of their earlier games. Which I totally understand, the first game releases of most indie developers more often than not tend be very rough or just flat out terrible. But I also think it's a responsibility for those of us that have been developing indie games for awhile to illuminate the entire journey and the necessary long-term struggle and growth. Yes there are movies and videos that profile indies on the development of a single title, but there's not much out there on how the little guys can survive over the long-haul.


So with the recent redesign of our website the goal is to illuminate our entire journey through indie game development even the rough parts. In our Gameography you'll see all our self-published games stretching back to 2004, each with a full game profile that provides detailed information and background on the project. You'll see that even with the games that failed or under-performed, elements from those games appeared in the more successful titles. We also added to the Gameography some unreleased games and demos. We have plans to add game commentatories and free downloads of the older games as well. Hopefully this will give our fanbase some insight into how the indie sausage is made and inspire other indie developers to focus on the journey and self-improvement/growth in game design rather than quiting after failing to hit a homerun at your first at bat.

Here is how the Outside The Box Software logo has progressed over the years.