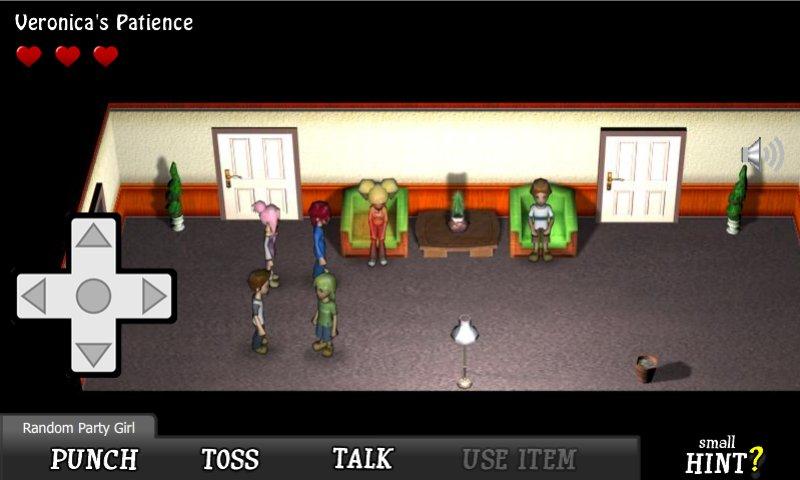 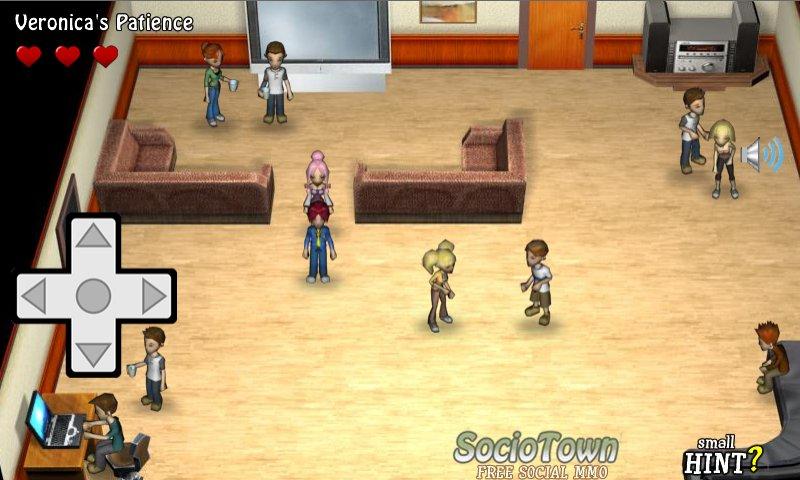 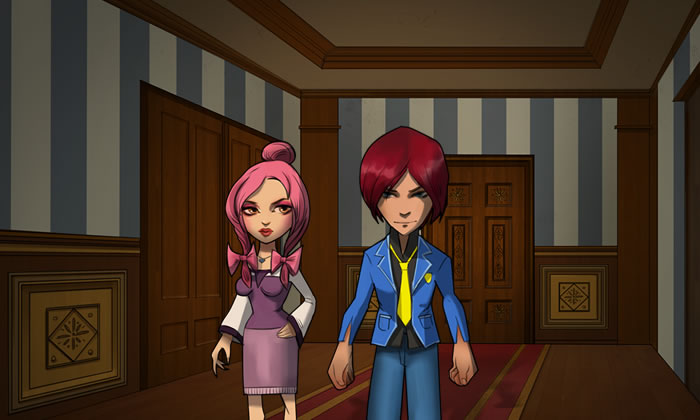 The origin of Uninvited Guests actually came from a new feature and promotional video we made for SocioTown MMO. In SocioTown MMO, players could own apartments, decorate it, invite friends, and all that jazz. However we ran into a problem where players or guests were overstaying their welcome in an owner’s apartment. They weren’t necessarily being abusive but we needed to give the owners of the apartment a way to kick out players or uninvited guests.

Instead of just having a simple context option of “Kick Player” and then the player just disappearing out of the apartment, we wanted to have some fun with it.

We gave the ability for apartment owners to literally punch, toss, and hit players with a baseball bat out of their apartment. The promotional video we made to promote the feature ended up being pretty popular and players loved the feature. Right around this time, I got an inspiration to possibly do a mini-game based off the feature. Originally it was going to be a mini-game within the SocioTown MMO, but as the game concept started taking shape, I realized it would probably be better as a standalone game.

While punching and tossing people out of the apartment might have been the embryo of the project, I wanted the core gameplay to have strong elements of a classic adventure styled game. As a kid in the 80s, I was a huge fan of Maniac Mansion and this would be a good excuse to make a modern more accessible adventure game and introduce the genre to a new generation of players.

Development took about 5-6 months. Development time had to be balanced with adding new features and content to the main SocioTown MMO. Originally Uninvited Guests was a web game with the intention of drawing awareness and traffic to SocioTown MMO. We then transitioned the game to a standalone mobile game.

The OTB quality of Uninvited Guests is how it simplifies the classic adventure genre, making It accessible for mobile and a new generation of players. The biggest problem with classic adventure games and even the recent “retro” adventure games is that the inventory/item system have a steep learning curve for new users and it's too easy to get stuck in the early part of the game.

With Uninvited Guests, we simplified the inventory system and paced the puzzles so that the “combining items” puzzles didn't appear until the player had a firm grasp of the game. To balance making the inventory/item system easier, we added a new unique way to search objects. Instead of selecting “Search” an object and just a “Found Nothing” or “Found Item!” message, we created a search grid. The search grid was tied to Veronica's patience, so the player could only select a limited number of search boxes at a time. While the actual search grid was mostly a random search, the player had to strategically decide which objects to search. For example, a chair might just have a 2x2 search grid while a couch could have a 3x8 grid. Just like in real life, it's far faster to look under a chair cushion compared to looking under a large sofa. This meant players would have to put some thought in what objects they wanted to spend time searching. Also as Veronica's patience improves, it allows the player to search bigger objects.

As the case is with most adventure games, the challenge is getting the puzzles just right. Not too hard, but not too easy, and also making sure they ramp up in difficulty properly.

Uninvited Guests was a free game so the amount of puzzles is limited compared to the bigger adventure games. One of the most common criticisms from players was that the game was too short. I like to think the game was “short and sweet” but it's true there's probably 1-3 hours of gameplay depending how quickly the player picks up on the puzzles. There are achievements and other completionist tasks that can maybe extend the game for an additional hour or so. And quick run through the game can be done in about 30-40 minutes. In a sequel we would definitely try to quadruple the amount of puzzles but the game probably wouldn't be entirely free either.

It was also our first foray into mobile games. At the time, we were mostly focused on browser-based games and our audience were web-browser MMO players. So not as many SocioTown MMO players gravitated to the mobile Uninvited Guests game as we had hoped. The mobile platform and the adventure game genre was probably just too unfamiliar for SocioTown MMO players who were more into the social and virtual world aspects of the series. Also one of the original goals was for Uninvited Guests to generate awareness and draw in new players for SocioTown MMO. While Uninvited Guests received strong reviews and did bring in a modest amount of new players, for the most part the Uninvited Guests fans didn't necessarily transfer over to the SocioTown MMO. Again, I think this was due to the differing platforms and genre, the mobile fans weren't necessarily interested in playing a web-game on their desktop. And they also wanted more SocioTown adventure games, not necessarily a social virtual world that was more open-ended. So the audiences just didn't transfer between each other like we had hoped.

Also we became busy with SocioTown MMO and other projects, so we weren't able to update the app regularly. It went 3-4 years without an update, so it became incompatible with a lot of devices, which eventually affected our review ratings.

Over its lifetime, SocioTown Uninvited Guests had over a million downloads across all platforms. With it being our first mobile release, which we did very limited marketing, that's actually pretty impressive. It had strong reviews in all the app stores that we released in and had a 4.6 review rating on Google Play Store at its peak (the rating is now significantly lower because we didn't update it for several years and it became incompatible on a lot of devices).

We also were just surprised how well received our game and the adventure genre were among the mobile audience and we discovered there is a definite demand for these type of games. Even though the SocioTown MMO is sunsetting, the Uninvited Guests series will continue and may likely surpass the success of the parent game.